Big future in the ring for CBHS Student Bobby Brown

Promising young Christchurch boxer Bobby Brown is on track to make the Youth Olympics after his latest win.  The 14-year-old from Christchurch Boys’ High School out fought a two-time national champion to claim his weight division at the Australian Golden Gloves in Brisbane recently and be crowned the best male fighter in his age group. 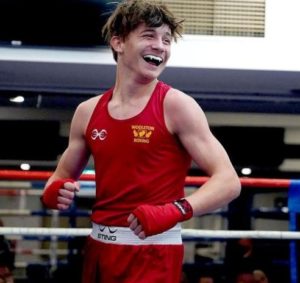 Brown, who is from the Woolston Boxing Club, returned home with the boys’ cadet under 57kg open grade gold medal after ending Queenslander Chaise Courtney’s 15-bout unbeaten run via split decision. “He had two really, really close rounds (in the Brisbane final) and then he pulled it together and he took the last round clean,” said coach Holly Sullivan.

Brown, who is targeting the 2026 Summer Youth Olympics in Dakar, Senegal, swayed the judges with his superior speed, fitness and technique. “He started fighting at 32kg or something silly,” Sullivan said, expanding on the long-term goal. “The Youth Olympics is the pathway and the goal we’re trying to put him towards. Read more