CBHS’ Ed Richards (Year 11) success in the ring continued over the weekend of 4th – 5th June at the 2022 Golden Gloves. 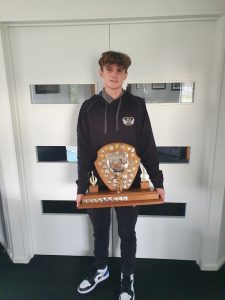 Competing in the under 60kg division Ed was crowned 2022 Junior Golden Gloves Champion and then was awarded medals as the Best Junior and Most Scientific boxer. Ed fights out of the Woolston Boxing Club.

The future looks promising for Ed. This is his 5th straight year of being crowned Golder Gloves Champion.