Congratulations to Cooper Wightman for his continued dominance of the Canterbury middle distance running scene. Cooper took out the junior division of the Canterbury Secondary Schools Cross-Country held on June 2nd at Ascott Park. 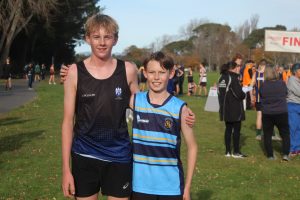 Congratulations also to Luke Johnston, Tram O’Callaghan, Josh Loose and Will McMeeken for their success in winning the four-man teams event at the championships.

Race reports below with thanks to Mike Drury

With the impact of the flu this week, we were left with only three runners in the Year 9 race today. This was so disappointing for the boys who have worked so hard for today’s event.

In what was a decent sized year nine race, we were represented by Dardy Harrington – 8th, Oakley Blackburn and Jeremy Habwe. Dardy was always near the front of the field, chasing hard to bridge an early breakaway. He did a great job to come home in 8th position. Oakley who has been battling sickness leading into today, put in a brave effort to be just outside the top 20, I believe, while Jeremy was hit by cramp on lap two, forcing him to withdraw from the race.

Thank you to all three of these lads for putting in a great effort today. 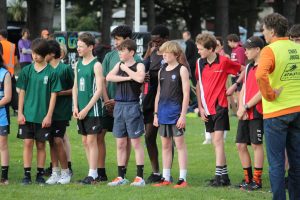 Like the Year Nine before it, our Junior team was severely impacted today by the flu, with just three runners able to compete today.

As he had done three weeks ago, Cooper Wightman turned today’s race into somewhat of a procession. Out in front from the get go, Cooper again showed why he is developing into one of New Zealand’s most talented Junior middle distance runners with another authoritative victory. It really is great to see Cooper doing what he does so well.

Max Aldridge has really been battling this week with illness but was determined to compete today. Not at his best in the first two km’s, I really felt that it might be a bridge too far for Max today. However, on the last lap, he again showed his huge ticker, reeling off runners in front of him, achieving a 5th placed finish, a fantastic result.

Zavier Toaolamai-Holden replicated a great run in the Canterbury Road Race, again finishing in 17th place today. He looked really comfortable throughout the race and continues to show great improvement each time he races.

Well done to all three of these boys. It was a pleasure to watch you race today. 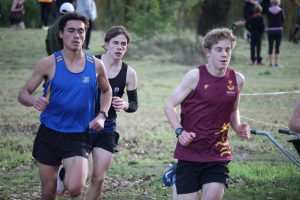 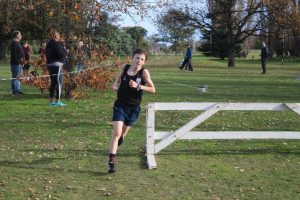 The one race that our numbers remained quite strong today was the Senior race. We were able to put out a seven strong team, all of whom competed with credit.

Luke Johnston was another that has battled the sickness this week, but left his sick bed to produce a fantastic top 5 finish, finishing in 5th. He was always with the leading group and looked strong throughout. He is peaking really well for Nelson in a fortnight.

Team captain Tram O’Callaghan missed tagging onto that lead group early and was largely forced to run solo today. He put in his usual top effort coming home in 7th, two places ahead of Josh Loose who was impressive in finishing 9th, looking really strong in doing so. Will Mcmeeken rounded out what is surely a winning four man team effort for the Seniors, coming home in 13th position, another great run from Will.

It was good to see Phonse Carroll back competing today. He looked really comfortable throughout, running 16th and is well on track for the Nationals, an event he invariably excels at. Charlie Bailey was the next in from the Boys’ High contingent in 21st. He too had a really good race and looked at his strongest at the finish. He is peaking really nicely for the nationals. Our final runner home today was Max Clinch another who has battled the dreaded lurgy. Max was not happy with his run, but was courageous to the end. He is looking forward to the longer 6km distance in Nelson.

Our Senior team are looking really strong this year considering that they are largely year 11 and 12 athletes. There are some promising times ahead for this group.