Recently, we published an article regarding Bobby Brown (10CPA) and his success over in Australia winning the Golden Gloves in Boxing. Bobby has continued this form claiming the New Zealand National Title during the first week of the school holidays in Whanganui. In the semi final, Bobby won comfortably and progressed onto the final, with the referee stopping the fight in the third round. 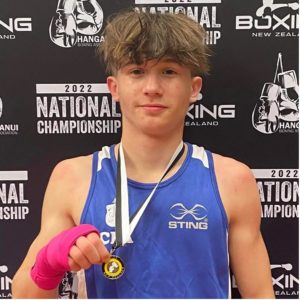