Huge congratulations to Etelani Pouli who made his debut for the Canterbury Bulls rugby league team last Saturday in their 42-12 victory over Waikato Mana. Etelani was also part of the winning Linwood Keas team who won the premier division championship this year. 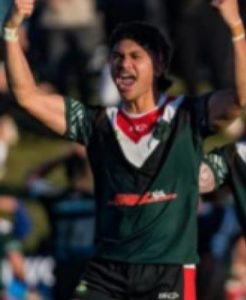 Etelani finished school in 2018 and when on to UC and will graduate in December this year with a Bachelor of Arts in Sociology. He has also been an integral part of the tutoring team for our Polyfest performances since leaving and is also a huge part of tutoring the boys for the upcoming Pasifika production performance.

A proud CBHS old boy who continues to give back. Fa’afetai tele lava uce!