In June 16th we celebrated Charlie Bridgers selection in the New Zealand team to compete in the Optimist European Championships in July. Charlie sails out of the Charteris Bay Yacht Club on Banks Peninsula and has been sailing the Optimist Dinghy class for the last six years. In 2021 Charlie missed out on competing for New Zealand at the Asian Championships due to COVID. The team travelled to Sonderborg (Denmark) in July and began racing on 1st August. Over three qualifying days Charlie was well placed in the Gold Fleet before being pushed back into the Silver Fleet competition where he took out the silver medal. 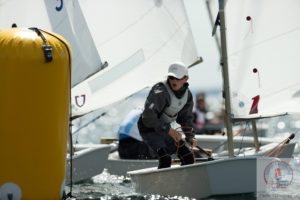 This was Charlies first overseas competition and a silver medal in the Silver Fleet is an outstanding achievement.