Competing for the Arawa Canoe Club in Canterbury Tiago Chamberlain is a New Zealand Champion in kayaking. 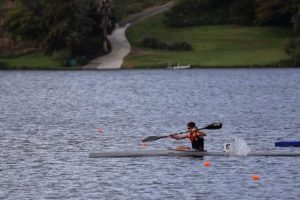 From 22nd – 24th April Tiago competed in the New Zealand Canoe Sprint Championship held at Lake Karapiro in Cambridge. Tiago was crowned Under 16 K1 500m champion and also took silver in the 200m K1 race. As a result of these outstanding performances Tiago has been selected to represent New Zealand U18 at the Asia Pacific Championships to be held in Japan this coming September.