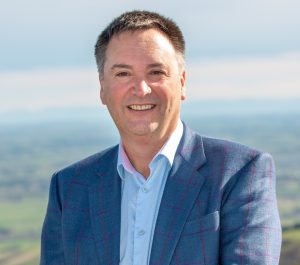 Michael and Pip have enjoyed being part of the CBHS community since 2014. The oldest of their three children left school at the end of 2018 to study at Otago University and the youngest started his CBHS journey in 2020. During that time Michael has experienced CBHS as a parent, supporter, occasional coach, club committee member and Board member including most recently chairing the Adams House Committee.

Passionate about the School’s role in developing fine young men for a modern world with an ever-changing set of opportunities and challenges, Michael is proud of the work the Board and Leadership team have put in to ensure CBHS now has in place a well thought out Strategic Plan and a clear vision for the future of the School.

Michael has been on the Executive Leadership Team at Christchurch Airport since 2014. Currently leading the Christchurch Airport’s Central Otago project, he was previously General Manager Corporate Affairs where he was responsible for a number of functions including legal, regulatory strategy and compliance, government relations, people & culture, insurance and technology.  In 2014 Michael was appointed the first independent director in the history of the Canterbury Rugby Football Union.