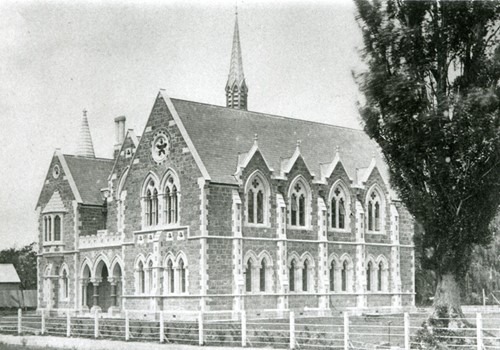 Christchurch Boys’ High School opened on May 18 1881. A boys’ high school in Christchurch came about because of the concern held by the staff of Canterbury College (now Canterbury University) that the students presenting themselves for university study were not sufficiently trained. The link between the university and school and the school’s role in preparing students for academic study has been a dominant feature of Boys’ High School’s history.

When the school opened (in what is now the Arts Centre) it shared its site with Christchurch Girls’ High School and Canterbury College in Worcester Street. The school moved to its present Straven Road site in 1926 as it had outgrown its central city location and 28 acres of the Deans’ estate at Riccarton was secured by the University for the expanding school.

In December 2021 a CBHS  ‘Recollect’ site was established.  This digital archive of school information will gradually be developed over time as more images and documents are added.  The site currently holds digital copies of school magazines and a collection of other narratives and images.  To  access the CBHS Recollect site click the link below.

Some of the key themes of the school’s history have been the successes of its old boys and their influence in all facets of New Zealand life. Remarkably a number of Boys’ High old boys have gone on to become principals of other schools. Two old boys number amongst the 11 Headmasters of Christchurch Boys’ High School. Other than education old boys have made their mark in the law, commerce, medicine, engineering, politics, literature, sport, the performing arts and the military. Perhaps New Zealand’s greatest soldier, Sir Howard Kippenberger, attended Boys’ High School as did his fellow Brigadier James Burrows. In the 1960’s New Zealand’s Army, Navy and Airforce were all lead by old boys. 359 old boys have died fighting for New Zealand and the school’s ANZAC service has special significance.

The sense of belonging, partly generated by the success and sacrifice of its old boys, is another integral feature of the school’s history. The school has always seen itself as a community school and has evoked a loyalty amongst this community that has furthered the success of its students. Related to the sense of belonging there seems to have been a recurring and successful ambition to have an assembly hall that sits the entire school.

The influence of the Masters and Teachers on the boys of the school has also been felt through the school’s time. From Charles Bevan Brown, Headmaster from 1883 until 1920, to Masters returning from war, to great music teachers and sports coaches the character and influence of these men and women has shaped the school and its pupils.

The school suffered significant damage during the Canterbury Earthquakes of 2010 and 2011, including to its assembly hall, World War One Memorial Shrine and the Historic Deans buildings, however the foresight and leadership of staff and old boys in the 1980s had seen the Main Block strengthened and this iconic building with architectural connections to the original Worcester Street school survived the earthquakes intact and has remained in operation.

The portraits of the Headmaster’s that have adorned the walls of the Hall are an iconic link to our past. 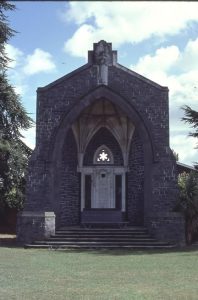 The wars of the nineteenth and twentieth centuries featured large numbers of Old Boys from CBHS. It is reported that during the First World War, the Headmaster of the time, Mr C.E Bevan-Brown, was visibly moved at each assembly as he read the names of recent Old Boys who had died in the war. This roll of honour has been revised in consultation with the memorial being prepared for the Arts Centre, but please contact the school if there are still changes to be made that we are unaware of. 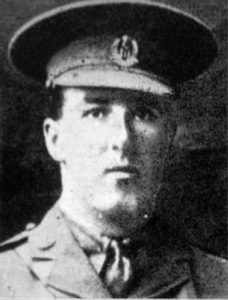 Revisit our ANZAC 2014 Commemoration of Cyril F Carey, an old boy of CBHS (1906-1907). After the Christchurch earthquakes, his tattered scrapbook was found by a demolition crew in the debris of a house and was returned to his family.  Lieutenant Cyril Fuller Carey died of wounds on November 7th 1916 at Sling Camp, Salisbury Plain, England. 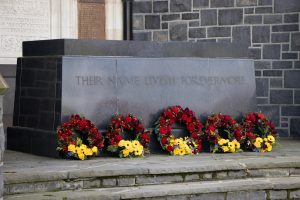 Every year, we read aloud a prayer for the old boys who have lost their lives in the service to their country.

One of the duties of a great school is to teach true values. Worthy examples have been given by many of those who were once boys at this school. – Howard Kippenberger

History of the College Match 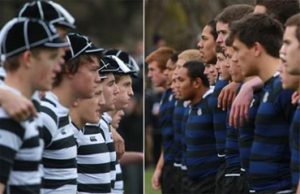 The annual Christ’s College / Boys’ High rugby match is a major event in any calendar year. This rivalry harks back over a hundred years to when the schools were not only the first two all-male schools to be founded in Canterbury, but also conveniently situated within 100 metres of each other.